Leave it to the ACLU to toss a wrench into everything. Boston.com allows some ACLU (American Civil Liberties Union) muckity-muck to write for their website; well, it’s more like a one-way blog.

The author seems to have a chip on her shoulder. She claims that after the terrorist attacks on 9/11, they (The ACLU of Massachusetts) have “been trying to map the contours of domestic spying apparatus that has been erected in th shadows within the Commonwealth.” In essence, the ACLU in Massachusetts is concerned with surveillance activity.

At times, the ACLU’s actions seem counter-productive; in recent months, they’ve campaigned against body searches,  screening baggage, and other methods in place to keep bombs away from people because these actions violate our First Amendment “activities.”

The security following 9/11 is annoying,  but we endure it to protect the nation. The ACLU, however, is reviewing a government report on FBI criminal investigation that turned out to be wrong; some of the investigations mentioned included PETA, the Thomas Merton Center, Greenpeace, and Glen Milner, a peace activist. Her points boil down to racial and religious profiling, which, right or wrong, form the basis for some investigations. As humans, we make decisions based on the information from the past, and the information we have available right now; profiling takes what we know and uses this information to form a “picture” of those who are most likely to commit similar acts. It’s prediction based on past events, current activity, and known characteristics and affiliation. Half of prime time television is comprised of TV shows that use technology and profiling to solve crime, so while it’s accepted to profile serial killers, it’s not kosher to do so for suicide bombers? 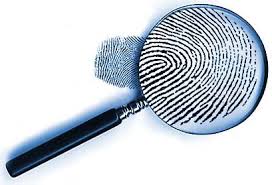 A quick Google search shows why the FBI kept tabs on the groups mentioned; PETA, for instance, has been linked to the ALF (Animal Liberation Front), which is classified by US law enforcement as a terrorist organization. The Quaker peace activist? Detained for violating a naval protection zone around US military warships during an anti-nukes protest. The man was in a small boat circling naval warships. Greenpeace has also affiliated with terrorist-type organizations and radical activities.

Does this mean that all people in Greenpeace, PETA, or anti-nuke protests are criminals? NO! However, it provides a starting point for investigation.

The FBI is tasked with ensuring our safety. Radical groups and acts fall under scrutiny. Right or wrong, a known association with terrorist-type activity raises a red flag with law enforcement; post 9/11, the FBI has been given a lot of leeway because they were rendered impotent prior the the attacks due to bureaucracy.

Now the ACLU wants to “watch the watchers,” which leads us back to where we started; the FBI won’t be effective due to oversight committees that scrutinize every action, possibly leading to binding procedures that remove instinctual knowledge from investigation. While our rights may be protected, the cost could be another September 11. Or worse.